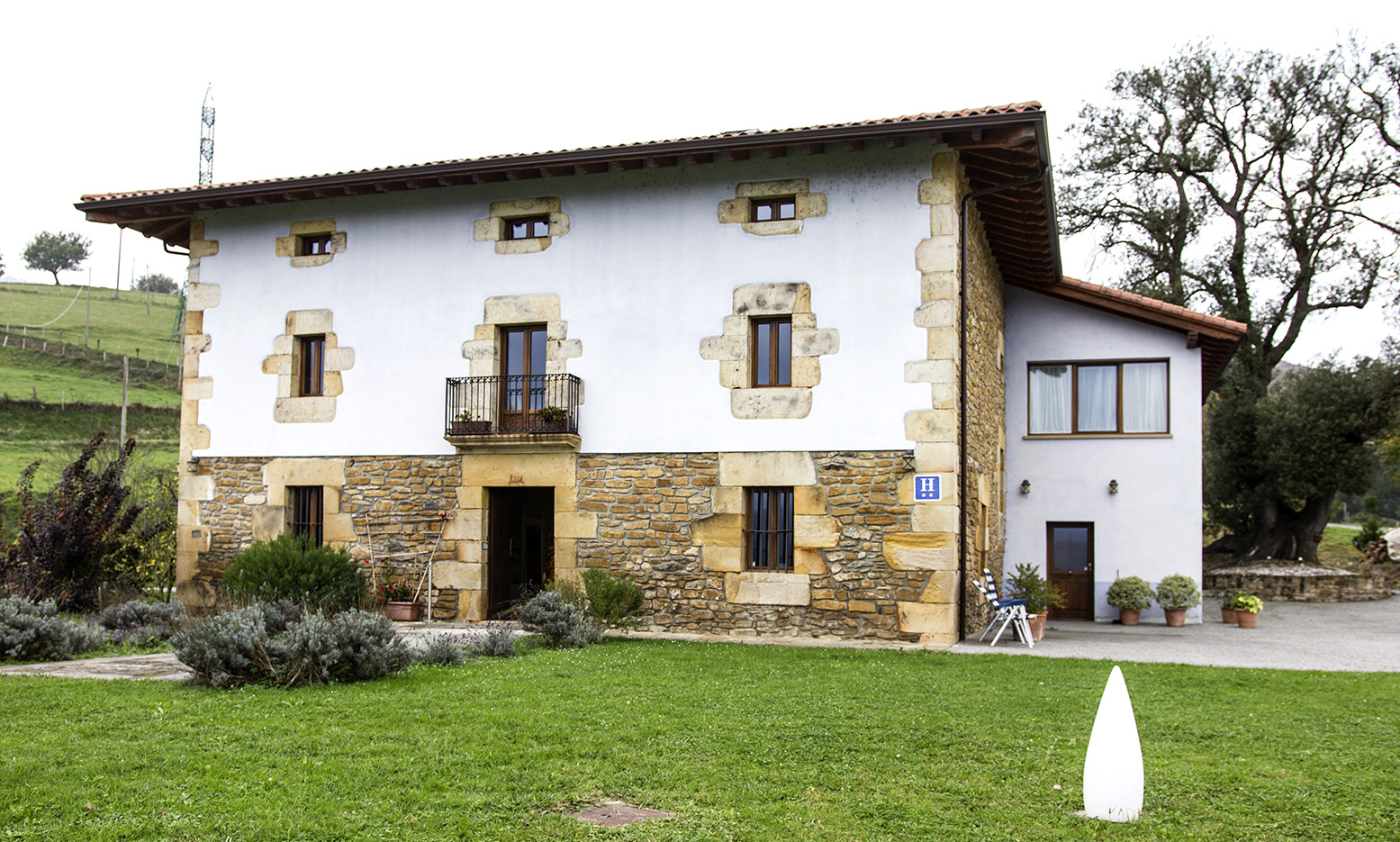 Built up at the end of the XVIIIth Century, Urune Hotel is symbol of the architecture of the period.

Hotel Urune, is an austere beauty concept which perfectly connects with the sober Basque architectonic tradition, symbol of the bourgeoisie of that time.  It is believed that Antonio Etxebarria, architect of the emblematic Assembly House of Gernika (which hosts the symbolic Tree of Gernika), built Urune at the end of the XVIII century, around 1780.

A particular feature of this house is the iron bars of its windows, which were placed as a protection from the armed conflicts of that period: The war of Independence (1808-1814) and the 1st Carlist War (1833-1840). Urune was also a refuge for fugitives of the Regime of Franco during the Civil War. They were hidden in a room with a camouflaged entrance by a huge wardrobe..

The location of this farmhouse makes justice to its name because it is on the highest slope of the Atxeli Mountain, with excellent views to Gernika-Lumo and the estuary of Urdaibai. The name Uriguen after years and language use has been transformed into Urune.

In this solid building, close to the back wall of the house, it can be found a hundred years old Holm oak. That was a common practice in the farmhouses, to plant an evergreen tree, creating a natural barrier to avoid warm escape. During the rehabilitation works of the Hostel, a huge pine to protect the house was also cut down in the back of the house.

It is common in the Basque Country that family names are consequence of the name of the farmhouse. For instance, Magunagoikoetxea, which means in Basque language the house of the top of Magunas neighbourhood ( Goiko= of the top and Etxea=casa) or Beloki ( bele-toki= place of ravens)

The house, had for the Basques, a holy character of familiar temple and it was studied by some ethnography experts as Jose Miguel de Barandiaran. In the house, Christian magic elements were mixed with more primitive references, part of a well rooted naturalist mythic universe.

Many of those practices – still partially alive as traditional expressions but without the ancient content regarding faith- were made in order to invoke heaven or other invisible forces the protection of the house and the inhabitants living there. 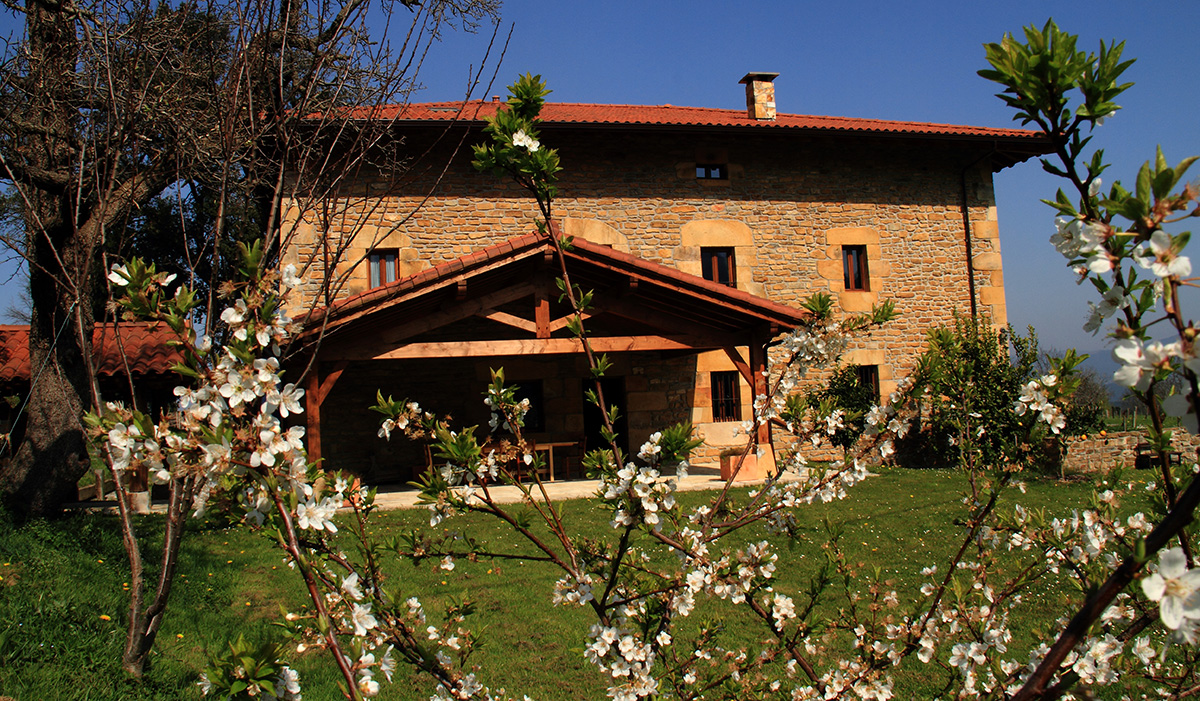 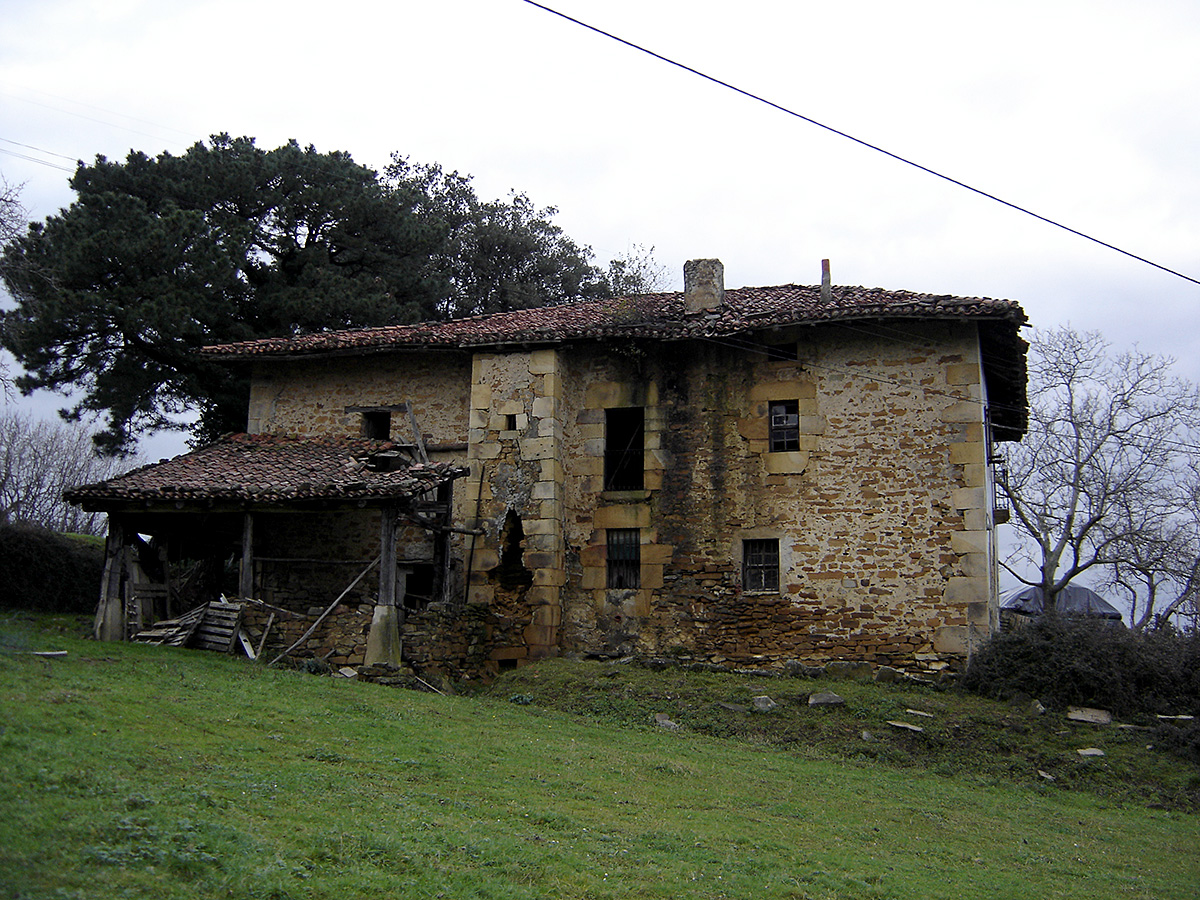